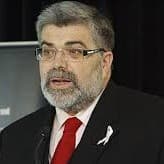 Remember innovation? It turned into a buzzword last year.

The president of the Business Council of Australia, Catherine Livingstone, told a meeting of the council last year that “we seem to have gone from the word ‘innovation’ being banned to it suddenly being compulsory, regardless of context.

“In the renewed discussion around innovation, if we don’t start taking a systems approach we will effectively be deciding how to style rooms before we have built the house.”

A systems approach to innovation begins with the recognition that innovation is not a matter of spruiking the latest cool idea or trying to foster growth through discredited trickle-down economics.

A systems approach is what Labor was implementing in government and it is what we took to the 2016 election.

For Labor, innovation applies to every enterprise: to existing industries as well as start-ups, to universities, TAFEs and research institutes, to the public service and to the community sector.

The challenge for an effective innovation agenda is to reshape and refocus the economy, industry by industry and firm by firm, to create the high-skill, high-wage jobs of the future.

This broader understanding and application of innovation policy is vitally important now the commodities boom that sustained growth for much of the past decade is over. The investment phase has peaked and the jobs of the future must come from somewhere else.

The end of the boom has come at a time when automation and digital technologies are dramatically enhancing our industries.

But they are also replacing the jobs many Australians thought were secure.

Most of the jobs of the future will be in companies that do not exist today or in industries that have changed dramatically to keep pace with rapid advances in technology.

For some Australians, these shifts are indeed “exciting”, as Mr Turnbull put it; but we must also acknowledge that for many others, they are a cause of uncertainty and anxiety.

In June an Essential poll found that 80 per cent of respondents believed that support for local manufacturing was important, but only 29 per cent rated tax cuts for large companies.

In the same poll, 83 per cent felt that local jobs and local content rules for government-funded infrastructure projects were important, along with better funding of TAFE programs to give people the skills to get future work.

There’s no question that Australia’s economic growth must be driven by innovation.

But we won’t be an innovative nation if we don’t maintain our advanced industrial capabilities.

The crisis in strategic industries such as steelmaking, and the approaching shutdown of car manufacturing at Elizabeth in 2017, threaten those capabilities.

The biggest problem facing steelmakers such as Arrium at Whyalla has been the dumping of cheap, and often sub-standard, foreign steel on the Australian market.

A report by the Anti-Dumping Commission was handed to the previous Industry and Science Minister, Christopher Pyne, in April. Australians await to see how the new Minister, Greg Hunt, will respond to the problem.

Several things could be done. A Senate inquiry into the future of the automotive industry has called for changes to the main form of assistance to the industry, the Automotive Transformation Scheme, to preserve capabilities in the supply chain and smooth the economic disruption that the shutdown will bring.

And there is a review of the R&D Tax Incentive, the chief measure integrating the tax and innovation systems, which has not yet been publicly released.

But as technological change continues to increase Australians’ anxieties about the new economy, our businesses need a systems approach that goes beyond tax cuts and buzz words.