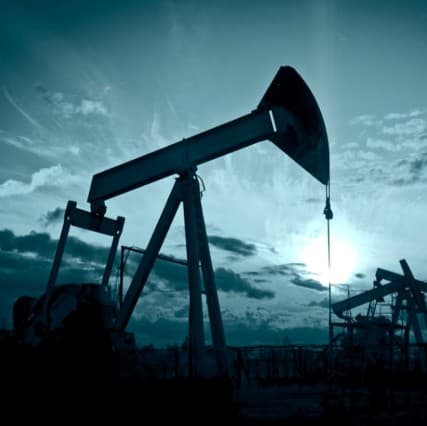 We’ve been hearing it for a while now how the mining boom is over.

After a flood of horror cycles over the last 12 months that have seen projects at a standstill, mass layoffs and significantly high prices for all the major metals, the question that’s been on everyone’s mind for some time is will the mining industry ever recover?

Prior to 2014, the mining boom was unstoppable and 2015 has gone down as one of the worst year on record for mining companies. But whilst it doesn’t look like it’s going to go back to its positive state in the immediate future, there’s still some optimistic changes in the industry that may just see it through. Despite the rising costs and the pertinent fall to the Australia economy from the end of the mining boom, 2016 still sees some beneficial trends in the industry. Here’s what’s in store for the New Year, according to stats from the Tracking the Trends report by Deloitte:

According to a new report by BIS Shrapnel – Mining in Australia 2015 to 2030, the current stage of the mining industry is expected to full a further 58% over the next three years. Hundreds more mining jobs around Australia are set to go in 2016, especially with the final construction projects from the China resources boom nearing completion.  Whilst there will be many cuts in NSW and QLD, WA and SA are said to take the full brunt as the ‘champagne lifestyle’ of the mining boom diminishes.

The capital crisis shows segments of the industry are running at a loss. And with the rising debts and cost of metals, it’s been notoriously hard for miners and companies to survive the tough times or attract wealth. In has on the other hand, allowed companies and miners to get creative in the way they source financing. These strategies have included international engineering partnerships, pooling resources and applying for crowdfunding and government funding. Whilst there’s no set answer as to when the mining industry will settle, rock bottom hasn’t been hit yet. A further 20,000 job losses in the industry are expected over the next three years but mining production will still continue to rise strongly and open up contractor, maintenance and facilities management opportunities.

Because of the unsolved challenges in the mining industry and the high amount of job losses, it’s become more vital than ever to prepare for the next generation and inevitable change. Innovation has always been a critical theme for miners, but now companies will adapt to the change too and focus on ensuring they don’t fall behind with the times.

Miners are encouraged in 2016 to stay ahead of the innovations within the industry and how they will impact on the future of their jobs. This can include network and technology advancements, machine learning, wearables and other fads that can affect the way they work. According to the Tracking the Trends report for 2016, miners are still in the early stages of this adoption curve by focusing on technology optimisation of old techniques to reduce costs. To move forward and evolve, the focus needs to be shifted in 2016 beyond technology to consider new ways to engage and configure externally.

To keep up with the rapid pace of innovation in the mining industry, adapting to the game-changing technologies is essential. 2016 is the year for companies to focus on operational and productivity improvements by embracing new technological improvements and using modern mining equipment with real-time intelligence. For the industry to truly move forward; quality control, integrated data, track metrics and increased productivity needs to be put into place.

The report suggests that automated equipment, like driverless vehicles, will be gaining some significant tractions over the coming years. Thus, miners need to look for ways to boost safety and efficiency, whilst effectively consolidating the costs.

Other game-changing technologies that are predicted to change the face of mining include 3D printing, which can be used for metal using formulations of steel, nickel and cobalt alloys. The evolution of 3D printing will also help to cut costly inventories down and avoid expensive on-site construction and has already been set in motion making a difference in the automotive and aerospace industries.

Safety is always a top priority in the mining industry, but still the risks relating to both security and safety are on the rise. 2016 sees mining companies strengthening their safety analytics and tackling issues like mental health and cyber-attacks by flagging statistics. Miners need to be more aware of the risks associated with physical harm and mental health throughout the year and moving forward, with a solid understanding that facilities and help aren’t off limits.

By taking better control over corporate and personal welfare in the mining industry, mining companies will see a notable change in mining productivity. It’s one thing safeguarding physical assets, investments and property but the health of miners need to be prioritised with this too.

Although 2015 was a tough year in the industry with job losses, industry challenges, increased prices and downturn in mining investment; 2016 sees a strong advancement in other areas and a positive opportunity to grow within the industry, despite the boom being over.

Jayde Ferguson, writes for Direct Mining – a leading supplier of mining equipment, products and services throughout Australia and the Asia Pacific region. You can catch her on Google+.