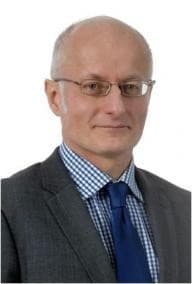 The US economy is unlikely to fall back into a recession, despite the March 1 cut in government spending, says Export Finance and Insurance Corporation (EFIC) Chief Economist Roger Donnelly.
In EFIC’s latest issue of World Risk Developments Mr Donnelly says a revival in the US private sector is likely to offset the fiscal drag of public spending cuts.
World Risk Developments is a monthly update of worldwide economic and political events produced by the economics team at Australia’s export credit agency, EFIC.
The report notes factors offsetting the sequester’s public spending cuts, including lean business inventories, a marked strengthening of household balance sheets, a recovery in housing (both rising prices and falling inventories) and improved credit availability.
“Together these are giving the private sector an impetus that should more than offset the headwinds from the sequester,” says Mr Donnelly.
The report notes that it is possible that the US economy could still fall over another fiscal cliff in May when the federal “debt ceiling” must be raised again.
“But another round of brinkmanship similar to the one in August 2011, which cost the United States its AAA rating, seems less likely,” Mr Donnelly says.
In Italy, the failure of political parties to form a majority government following February elections has sent a clear message that voters oppose austerity, the report says.
“It also suggests Italy may struggle to mobilise public support to meet the conditionality required in order to activate the ECB’s promise to buy bonds under its Outright Monetary Transactions (OMT) facility, if required,” Mr Donnelly says.
“The ECB’s announcement of the OMT facility in September 2012 has been a key contributor to the decline in Italy’s bond yields, despite a slumping economy and rising public debt load.”
Export Finance and Insurance Corporation (EFIC)
Ph: 1800 887 588
www.efic.gov.au