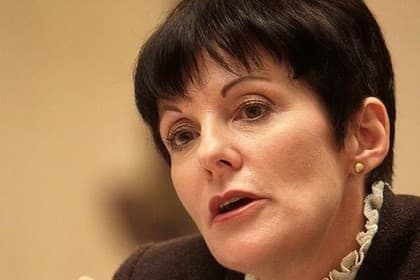 The Australian Chamber of Commerce and Industry (ACCI), Australia's largest and most representative business organisation, has called for urgent government action to arrest the sharp decline in apprenticeship numbers.

Ms Carnell says it is incorrect to blame the fall in apprenticeship numbers on 457 visas, as claimed by some union officials.

The union officials had seized on recent data from the National Centre for Vocational Education Research revealing a 12.9 per cent fall in the number of trainees and apprentices from last year to inaccurately claim migrant labour was costing Australian jobs.

"The apprenticeship commencements have been falling for several years largely because of serious cutbacks to incentive and support programs by successive Labor governments.”

Ms Carnell said in the majority of cases 457 visas are used to fill jobs where there are genuine skills shortages and not enough qualified Australians to fill them.

They are also often used for jobs in locations local people don’t want to relocate for.

Ms Carnell said ACCI has been warning for years that the cuts would lead to a drop off in apprenticeship numbers.

“And that’s exactly what has happened,” Ms Carnell said.

“The employment prospects of our young people need more than glib one-liners – they need serious examination and action.

"For years now ACCI has been urging politicians from all sides to bring apprenticeships and training onto the front page of political discussion and to work together.

"The free-fall in apprenticeship numbers is deeply alarming. With more and more young people not involved in either full-time work or full-time training we are facing what could become an inter-generational problem.”

Ms Carnell said urgent action is needed to turn the trend around.

“That means industry and government working together to restore incentives and reduce the cost for employers to take on apprentices.”

Ms Carnell said that it was pleasing to see the Coalition’s first budget had not repeated Labor's cuts to apprenticeship incentives.

But the Abbott government’s emphasis on "earn or learn" meant we need to re-assess our priorities here.

"We need to ask ourselves as a community whether we still see apprenticeships as a central pillar of training. If so we need to ensure the appropriate support programs and other measures are in place."