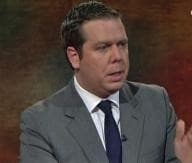 Paul Howes … ‘kick in the guts’

A plan to bring in 1700 foreign workers to fill urgently needed mining jobs is “a kick in the guts for Australian employees,” key union leaders claim.
The union leaders strongly attacked the federal government decision that paves the way for mining magnate Gina Rinehart to bring in the foreign workers.
Immigration Minister Chris Bowen said the government program to allow enterprise migration agreements (EMA) would help mining companies find enough workers for their developments.
Prime Minister Julia Gillard told union officials last week she was "furious" the decision had been made without consulting the cabinet, The Australian newspaper reported.
Unions said Ms Gillard told them that by the time she was told of the decision, Mrs Rinehart's Hancock Prospecting had already been informed of the decision and it was too late to go back on it, the report said.
Union leaders, who were attending a government manufacturing taskforce meeting in Canberra, were incensed.
Australian Council of Trade Unions leader Dave Oliver said it was "reprehensible" and Australian workers were being overlooked.
"We are calling on the prime minister to immediately intervene to ensure before any workers are being brought in under the 457 visa program that there has been appropriate measures in place to ensure that the local market has been tested," he told reporters.
Australian Workers' Union head Paul Howes said it beggared belief that the announcement was made in the wake of recent jobs losses at Qantas and the Norsk Hydro aluminium smelter in NSW.
"On Friday we come to Canberra to meet with the prime minister, the industry minister and the CEOs of the major manufacturing industries to address the 130,000 jobs that have been lost out of manufacturing since 2008," a clearly angry Mr Howes told reporters.
"It's a massive kick in the guts to those 130,000 workers in the manufacturing industry who have lost their jobs," he said.
The union movement will now pressure Prime Minister Julia Gillard to set up a job register and make it mandatory to advertise locally for workers before importing foreign labour.
Meanwhile, the Australian Industry Group has welcomed the move.
"The first Enterprise Migration Agreement is an important landmark, said Ai Group Chief Executive Innes Willox.
“EMAs are focused on the resources sector and they deliver broad benefits for the economy, he said. “By alleviating labour market pressures in the resource sector, they also ease the transmission of these pressures across the country and into non-resource sectors.”