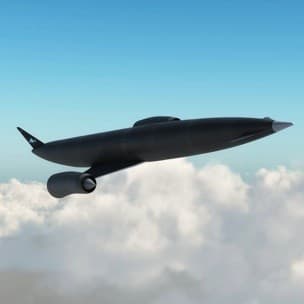 With considerable investment from the UK government, Reaction Engines is developing a new class of aerospace engine named SABRE (Synergetic Air-Breathing Rocket Engine) which will be ready by as early as 2020, with test flights just five years after.

Thanks to the new engine the Skylon plane could theoretically fly from one end of the earth to the other for lunch and have you back by dinner.

SABRE works in two modes to allow it to make it to space. The first is its air-breathing mode, in which the engine sucks in oxygen to burn with liquid hydrogen in the rockets combustion chamber. The second step, once outside the Earth’s atmosphere the engine switches to a convention rocket mode and instead used on-board liquid oxygen.

The engine utilised ultra lightweight heat exchangers that are 100 times lighter than any other existing technology. The new pivotal cooling system can cool extremely hot airstreams from over 1,000°C to minus 150°C in less than 1/100th of a second.

According to its developers, an aircraft powered by the SABRE engine will go from stand still to reaching speeds of over five times the speed of sound while still in Earth’s atmosphere.

The engine then transitions to a rocket mode, hitting spaceflight speeds at orbital velocity, as fast as 25 times the speed of sound.

While these speeds by Reaction Engines are mostly theoretical at this point, the investments from BAE and the UK government will allow the company to validate their rocket science

“Today’s announcement represents an important landmark in the transition of Reaction Engines from a company that has been focused on the research and testing of enabling technologies for the SABRE engine to one that is now focused on the development and testing of the world’s first SABRE engine," said Mark Thomas, managing director of Reaction Engines.