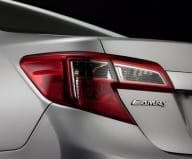 Toyota Australia has launched a new campaign to promote the passion and pride behind the people that build its locally manufactured cars.

Supported by the tagline Built by Australians for Australians, the campaign features six employees and provides insights into what it takes to build a car – quality, passion and determination.

"What better way to promote locally built vehicles than to hear from the people that build them," Mr Thompson said.

"The six employees that feature in our campaign all nominated themselves because they are proud to play a part in making something bigger. They have all physically touched and put their heart into making every vehicle that leaves our plant.

"You can't escape the passion in their voice or look of pride when they are going about their day-to-day job. They are the people that make Toyota what it is today and we are incredibly fortunate to have such a dedicated and passionate workforce."

The one minute TV commercial can be viewed at http://www.toyota.com.au/toyota-tv/LM-pride.