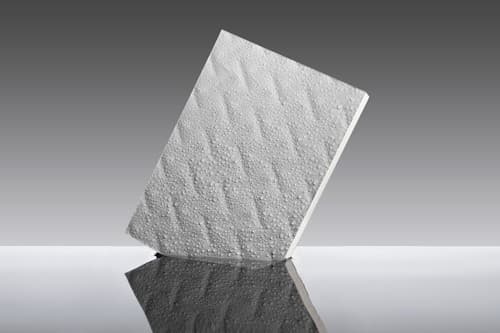 Ships around the world are about to receive a facelift thanks to a new lightweight, fire-resistant cladding co-developed by the CSIRO and Tasmanian business CBG Systems.

The cladding, which has already been installed on two new ships and used to replace cladding on another, is set to create advanced manufacturing jobs in Tasmania and reduce carbon emissions.

Rapid Access Composite (RAC) Plus is the first panelling of its kind in the world. The prototype uses a thermal protective coating that can withstand temperatures of over 1000 degrees C and remains structurally stronger than conventional fire protection coatings.

The innovative, water repellent panels are reversible, potentially doubling their service life. The current design has been specifically made for high speed aluminium ships, but the composite has the potential to be modified for construction products.

RAC Plus weighs about half as much as traditional medal cladding. The resulting reduction in fuel consumption will lower carbon emissions and lead to greener ships across the globe, as well as enhancing overall operational efficiencies.

The new technology was supported through several Federal Government programs and has created new jobs and increased international trade to Hobart.

“By working side by side with industry, innovative science and technology creates new value and growth for Australian businesses to grow our way back from the current crisis,” he says.

“This home-grown Aussie innovation has enabled CBG Systems to become an advanced manufacturer of globally-competitive marine insulation products and services, which is now bringing in valuable export dollars from around the world.”

In that time, the team manufactured 2500 insulation panels that are now being built into new ships to supply international customers, all meeting the relevant fire standard tests for the marine industry and offering at least 60 minutes of fire protection.

CBG Systems’ long history of research and development in marine fire protection is demonstrated through the innovative RAC Plus, Dell’Olio says.

“To be filling production orders within two years of the first project meeting demonstrates how Australian SME manufacturers can benefit from positive research partnerships,” he says.

CBG’s managing director Javier Herbon says the CSIRO has decades of experience and expertise in developing advanced new materials with special properties for industry, such as fire resistance, durability and protection.

“Being able to access the wealth of scientific knowledge and innovation within CSIRO has been an incredibly enriching experience for everyone at CBG Systems,” he says.

Three ships have already ordered, and two ships have been completed. CBG has hired six new roles as a result of the increased workload, with partners and suppliers also increasing their staff.

CBG Systems has lodged their own patent on RAC Plus and recent fire tests indicate the new and improved panels, with greater durability and fire resistance, can be used on steel ships and aluminium high-speed crafts.

There are also potential applications in aerospace such as for battery enclosures and the civil construction industry, enabling CBG to expand into new markets.