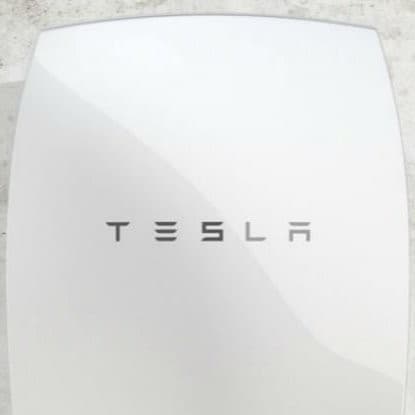 Tesla’s new energy efficient Powerwall battery, launched in May, will be available in Australia before the end of the year.

The new battery has the potential to change how the average household consumes energy.

It then stores it for when it’s needed, which gives households the opportunity to not only cut their dependency on the electrical grid, but potentially free them up from it altogether.

The electric car manufacturer says it will be making the rechargeable, wall-mounted home battery system available from local suppliers in Australia by the end of the year. "The Australian Tesla Energy partners, in the coming weeks, will announce their unique Powerwall offerings to Australian customers," Tesla said in a recent statement.

It’s not yet been announced who those partners will be.

However, in May, Canberra-based Reposit Power said it would be running trials with selected households in the coming months.

According to Business Insider, the local pricing for the Powerwall battery will be set by those suppliers.

Homes with regular solar panel systems usually soak up solar energy during the day when everyone’s at work or school, and either use it immediately or sell it back to the local grid.

The Powerwall battery system, on the other hand, will store everything, which Tesla says is more cost effective, and also means no more reliance on fossil fuels ever, if you have your own solar panels.

"For those with solar panels already installed, it can store the excess energy being collected, allowing you to theoretically disconnect from the grid entirely," reports Gizmodo.

"It can also allow users to utilise their own stored power at night, rather than losing out with the current electricity rates and feed-in-tariff system."

For those who don’t have their own solar panels, the Powerwall battery will be fed by the local solar energy partners.

"Our goal is to fundamentally change the way the world uses energy," said Tesla CEO Elon Musk earlier this year.

"It sounds crazy, but we want to change the entire energy infrastructure of the world to zero carbon."