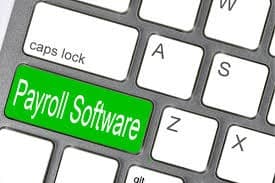 Australia’s market leader in payroll recruitment has warned against the tax office’s plan to press ahead with STP phase 2, calling it “highly negligent”.

The Association for Payroll Specialists (TAPS) wants businesses to sign a petition against the ATO’s Legislative Instrument that confirmed STP Phase 2 will have a mandatory start date of 1 July 2021, as originally planned before COVID-19.

This means that every payroll department in Australia will need to be reporting via STP Phase 2 by 1 July 2021.

While supportive of STP Phase 2 and the benefits it will deliver, Head of TAPS, Jason Low, raised concerns about the impracticality of the proposed date and the potential consequences it would have on the Australian payroll industry, local employers and employees.

“The ATO’s latest proposal to commence Single Touch Payroll Phase 2 (STP2) by July 1st 2021 reflects the Government’s overt ambition to improve the payroll management and employee benefits across Australia.

“Whilst a positive act, its severe deadline is highly negligent of the work needed to carry out a smooth transition and is bound to cause a series of disasters to the payroll industry and Australian economy as a whole,” Mr Low said.

“These are further compounded by the added elements of Child Support deductions, parent period totals and employee YTD totals.”

TAPS says adapting to this is no small task. Software developers will have to rely on the finalised specs, which ATO has yet to release, to write, trial and finalise the software functionality to reflect the new components before rolling it out to customers.

“Only once that’s done, can we begin educating employers on the new software and its impact on the way they manage payroll,” said Mr Low.

“The proposed deadline of July 1st 2021 means people are forced to spend the next six months rushing to get work done that would have otherwise taken 12 to 18 months to complete.”

Mr Low says the consequences of having the stringent deadline are very clear – there will be “a massive risk of non-compliance, incorrect payroll data entered, as well as negative public reactions from employers, industry bodies and registered agents”.

He adds that the July 1st deadline may have worked had COVID-19 not hit and reprioritised developers’ product roadmaps to the development of Economic Recovery Plans such as JobKeeper and JobMaker.

“In the current climate, six months of working time leaves absolutely no breathing room for everyone involved. ATO’s decision today to bring STP2 back onto the agenda is a positive one, but needs to be revisited in terms of timeline to promise a perfect, well-planned transition within the payroll field,” Mr Low said.

TAPS is making a submission to the ATO about the postponement of STP Phase 2, and will be advocating a deferral of the mandatory start date to July 2022 at the earliest.

To aid its proposal, TAPS is issuing a warning to Aussie businesses and encouraging them to complete a submission expressing their concerns as part of the open consultation or co-sign TAPS’ petition.