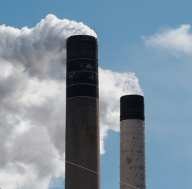 When it comes to sustainability, Australian manufacturers are leading the way.

A recent survey has found the government and services sector is substantially lagging behind manufacturing in the provision of many sustainability practices.

These included heavy industrial, food, resources, construction, the government and the service industry sector and manufacturing.

“There are exceptions to these findings, with government and services performing more robustly than manufacturing in the delivery of environmental procurement policies (73 percent against 43 percent) and sustainability reporting (79 percent against 63 percent),” says Nick Koukoulas, Managing Director of BSI incorporating NCSI.

“Given the greater energy consumption of manufacturers, it’s not entirely unexpected they have all undertaken energy audits and implemented energy efficient processes.

“However this doesn’t absent the government and services sector from addressing issues of environmental and sustainability governance, and that there is such a gap to manufacturing is quite surprising in light of the current level of political debate about the environment.”

That said, an increasing number of respondents are measuring their carbon emissions, an increase of 10 percent to 76 percent over the last survey.

Regulatory compliance for the environment and improving energy efficiency are the most important sustainability drivers for the next three years.

Mr Koukoulas says that it is encouraging that the vast majority of organisations responding to the survey have policies committing to the environment or sustainability.

“Most organisations also have top management accountability for environmental and sustainability outcomes and a dedicated environmental team or function,” says Mr Koukoulas.

“For instance, sustainability roles are well established with nearly 90 percent of organisations having a dedicated environmental team.

“Similarly, executive accountability for environmental and sustainability outcomes is in place with over 80 percent of respondents.”

“However board level responsibility for sustainability was less common and there are very few organisations that have linked financial rewards with environmental performance.”

There was a considerable increase in the respondents with targets for their carbon emissions. This rose from 40 percent to almost 60 percent from the previous survey in 2011.

And the number of organisations measuring carbon emissions increased from 65 percent to 75 percent.