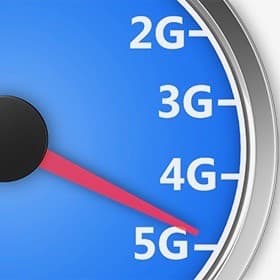 US-based datacentre equipment and service provider Vertiv and technology analyst 451 Research have released a report on the state of 5G worldwide, capturing the results of an in-depth survey of more than 100 telecommunications decision makers, including deployment plans, services supported by early deployments, and the most important technical enablers for 5G success.

Respondents were overwhelmingly optimistic about the outlook for 5G and are moving forward aggressively with deployment plans. 12 per cent of operators expect to roll out services in 2019 and an additional 86 per cent expect to be up and running by 2021.

Initial services will focus on supporting existing data services (96%) and new consumer services (36%). 32 per cent expect to support existing enterprise services and 18 per cent to deliver new ones.

As networks continue to evolve and coverage expands, 5G itself will become a key enabler of emerging edge use cases that require high-bandwidth, low-latency data transmission, such as virtual and augmented reality, digital healthcare, and smart homes, business, public areas and cities.

However, illustrating the scale of the challenge, 68 per cent of respondents do not expect to achieve total 5G coverage until 2028 or later, while 28 per cent expect to have it by 2027 and only 4 per cent by 2025.

To support 5G services, telcos are ramping up the deployment of multi-access edge computing sites, which bring the capabilities of the cloud directly to the radio access network, with 37 per cent of respondents already deploying such infrastructure and an additional 47 per cent intending to do so.

“Our dispersed geography makes it more challenging to create the high-bandwidth, low-latency experiences across the board that will be emblematic of 5G. But our technology leadership puts us in prime position to be a global leader for the critical infrastructure needed to support 5G, and the fact that we’re deploying and optimising the right technical enablers for that position now is very promising.”

As new computing locations supporting 5G come online, the ability to remotely monitor and manage increasingly dense networks will be critical to maintaining profitability, as the report suggests the network densification required for 5G could require operators to double the number of radio access locations worldwide in the next 10 to 15 years.

The survey also asked respondents about their plans for dealing with increasing network energy consumption now and five years in the future. Among the key findings are reducing AC to DC conversions, new cooling techniques and upgrades from VRLA to lithium-ion batteries.

“5G represents the most impactful and difficult network upgrade ever faced by the telecom industry,” says Brian Partridge, Research Vice-President for 451 Research. “In general, the industry recognises the scale of this challenge and the need for enabling technologies and services to help it maintain profitability by more efficiently managing increasingly distributed networks and mitigating the impact of higher energy costs.”

Vertiv released the report in conjunction with its participation in Dell Technologies World, a global exposition focused on digital transformation. During the expo, Vertiv also showcased a virtual reality experience that lets users build a sample 3D model data centre and interact with their creations through a VR system.