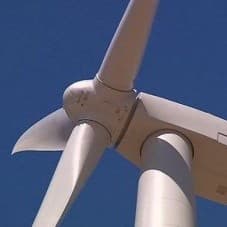 The fluctuating energy prices in South Australia and the reliance on renewable sources is a “big wake-up call” for the Federal Government, says Energy Minister Josh Frydenberg.

Mr Frydenberg said that many factors come into play in regards to the price hike.

"If you look at South Australia, for example, you have a very high renewable energy target, it's 50 per cent by 2025. Now that compares to NSW which is saying they're going to go to 20 per cent by 2025," Mr Frydenberg said.

"Now obviously there are ramifications of having those decisions and you saw Northern and Playford [power stations] both close in South Australia.

"You saw [SA Treasurer Tom] Koutsantonis go to Engie, the French-owned company, and ask them to restart their gas-fired power station at Pelican Point.

"They're the sort of ramifications that flow from some of these decisions and what we do need is good back-up support, whether it is through Heywood interconnector to Victoria ... or other forms of back up to support that intermitted power from wind and solar." He concluded.