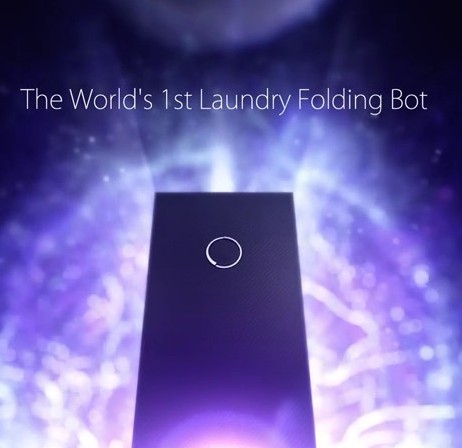 Three companies (Panasonic, seven dreamers, and Daiwa House) have banded together to tackle the menial chore that faces us all daily: washing and folding clothes.

Set for pre-order in 2016, the fridge-sized laundry robot operates like an automated cupboard: clothes are placed in crumpled, and come out fresh and folded.

Folding, however, isn’t as simple as it appears: the robot takes 5-10 minutes to fold a single article of clothing, which means it will take hours to fold an entire load of laundry.

The time taken isn’t surprising, given the technical difficulties of analyzing a crumpled item of clothing, discerning the topology, and working out what item, of the wide range of articles it might be fed, it is dealing with.

Indeed, the robot is still not quite able to fold socks, though to be fair, neither are most humans.