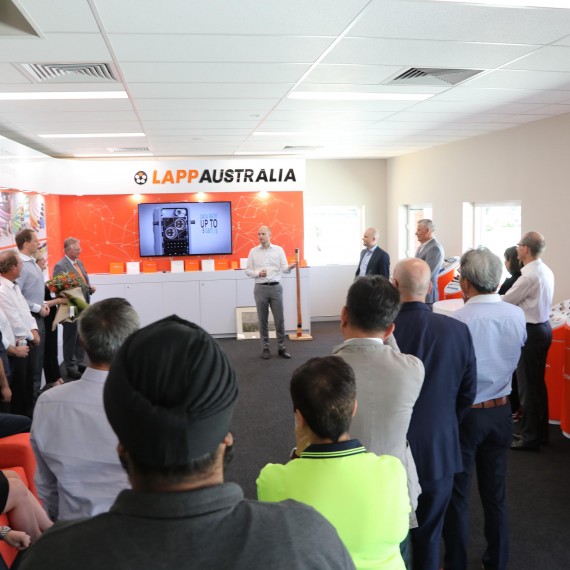 Lapp is expanding in Australia following the visit of its founding family to celebrate the success of the establishment of Lapp Australia.

Lapp Australia, which launched its HQ in at Eastern Creek, Sydney in 2018, is set to expand its operations with additional account managers, for Western Australia and NSW, new product and technical support appointments, and thousands more products available with short lead times nationally.

It will also distribute via its eshop the complementary Wago and Tosibox technologies, says Lapp Australia General Manager Simon Pullinger, who welcomed to Australia the Lapp family company founders and descendants, including Andreas Lapp, Chairman of the supervisory board of UI Lapp.

Pullinger says the expanded availability of 18,000 products online – with live real-time stock checking on the local and German HQ warehouses – will give customers greater access to products and rapid lead times for better planning of future-focused automation initiatives including those taking place locally as a result of Industry 4.0 digital integration.

The Lapp Sydney Opera House gala function for customers was addressed by Andreas Lapp, who announced that the company would provide $50,000 to bushfire relief, to help parts of NSW that are struggling with one of the worst bushfire seasons on record. Andreas Lapp’s nephews Matthias Lapp (Chief Executive Officer) and Alexander Lapp (Global Manager Digital & eBusiness) also attended the event and were optimistic about Australian industry and further growth in emerging markets.

The visit was an opportunity for the family – as the founders of the world's leading supplier of integrated solutions for cable and connection technology – to view the success of the operation and confirm local demand for high performing German engineered products that meet local standards and compliance, says Pullinger. 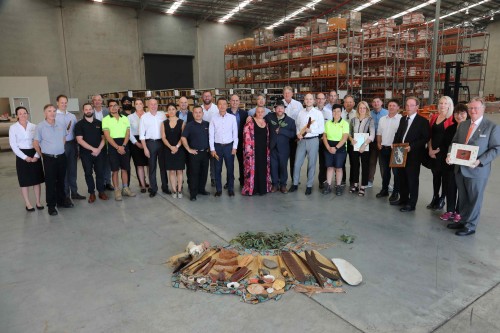 Lapp Australia’s expanding ranges will be exhibited at the Advanced Manufacturing Expo in Sydney from 13th to 15th May, where the company will present a one-stop shop for highly integrated, efficient and reliable systems which comply with the leading Australian, European and American compliance and quality standards.

The family-owned Lapp organisation is renowned globally for its levels of quality, innovation and for its commitment to ethical values and service, qualities that it will bring to key Australian markets.

The family’s investment in Australia is a strong vote of confidence in local industry as it increasingly moves into the global industrial automation market, which is forecast to grow to an annual worth of US $350 billion (AU $460 billion) by 2024.

Check out the February/March edition of Industry Update for our exclusive interview with Andreas, Matthias and Alexander Lapp.