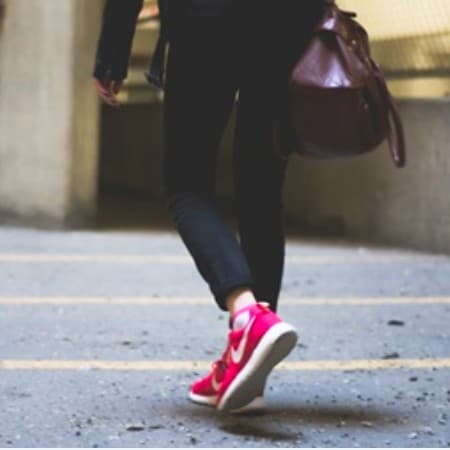 Researchers at CSIRO’s Data61 have come up with a novel approach to security authentication using wearable energy harvesting technology.

The security concept analyses the way a person walks (their gait) to identify an individual’s unique energy generation pattern, which can then be used as a form of authentication. And while a person’s gait may not be as individual an identifier as a fingerprint, initial trials have shown that the methodology produces an authentication accuracy of 95%.

But where the technology really moves into new areas is in its use of energy harvesting.

The system is based on wearable devices that measure all the movements that go to make up the person’s gait. And while previous attempts to perform this task have been based on the use of multiple accelerometers – which all consume power (albeit very little) – the Data61 KEH-gait wearable device uses multiple kinetic energy harvesters to capture the unique energy generation pattern, while simultaneously recharging the system’s batteries.

In the initial trial, the energy harvesting technique reduced the system’s power consumption by 78% compared with a conventional accelerometer-based system.

Professor Dali Kafaar leads the Networks Research Group at Data61, and he reckons that the new approach to authentication offers a number of benefits.

“Firstly, it is convenient because as we walk around each day our gait can be sampled continuously and verified without us having to manually adjust anything,” says Prof Kafaar.

“Secondly, it’s more secure than passwords because the way we walk is difficult to mimic. Since the KEH-gait keeps authenticating the user continuously, it collects a significant amount of information about our movements, making it difficult to imitate or hack unlike guessing passwords or pin codes.”