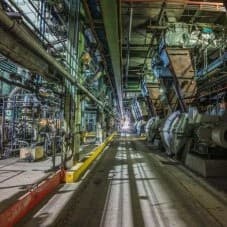 An auction for thousands of items from the closed Port-Augusta power stations in South Australia is suspected to attract nation wide interest.

Auctioneer Mason Gray Strange has been appointed by Alinta Energy to sell off the machinery other items that fed base-load supply into the grid for decades.

The Northern Power Station this month became the last to be disconnected from the network.

The equiptment in neighbouring Playford A and B stations will be the first up for sale, over two days in mid June.

"[There are] spare parts, big electric motors that weigh four or five tonnes, through to lathes, mechanical workshop engineering presses, work benches. You name it, we've got it."

Mr Codling said that another firm would be looking over the sale of some major items including the actual power-generating systems which weighed more than 1,000 tonnes.

The final demolition of the station will be done by an explosion down the Northern Power Station chimney.

"The big stack's got to be detonated. That'll be something to watch," Mr Codling said.

A demolition team of about 80 will make Port Augusta their home during the work.