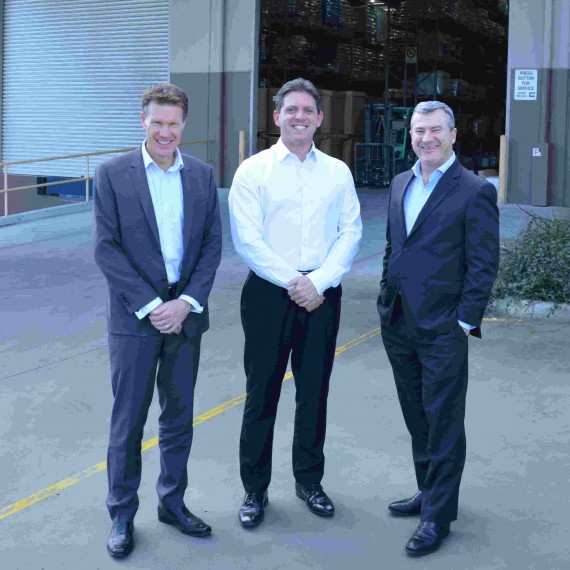 Andrew Stewart is General Manager of Duromer Products and a self-confessed “plastics geek”. And he speaks with genuine enthusiasm about his company’s future.

“Locally, our future growth will be all about new products and technology,” he says. “Australia is a perfect test market… an incubator for new technologies. This gives us the means to grow and evolve into higher value materials.”

While the Australian plastics market has changed dramatically in the past ten years, Duromer has managed to weather the storms. From its beginnings in 1988 trading in imported plastics, to manufacturing under licence and full independence as a compounder in its own right in 2004, the company has seen many changes.

Duromer came late into the automotive market, and Stewart calculates that at its peak it only accounted for a minor percentage of the company’s turnover. Not surprisingly, with the loss of the mass vehicle assembly industry from Australian shores, that has declined significantly, although the automotive aftermarket sector remains a significant source of business for the company.

It was around the time of the automotive upheaval in 2016 that Stewart set out to examine all of the company’s business processes and, under advice from business consultant KPMG Australia, switched the company’s banking to St.George due to their expertise in servicing the manufacturing industry.

There were a number of key banking services provided by St.George that made the switch attractive, notably invoice discounting, which has greatly expanded the company’s cashflow, and the availability of forward currency contracts, which have provided greater certainty in dealing with the global raw materials market.

Stewart was surprised how painless the process was to change to St.George. In short “they made the process simple and straightforward. It was an easy decision

The switch of banks coincided with an ambitious period of expansion for Duromer with the establishment of a plant in Vietnam dedicated to producing colour masterbatch.

That plant has proved to be an inspired choice of business, with two production lines working at full capacity and a third line to be installed later this year.

Meanwhile, following consolidation of the market, Duromer now finds itself as the largest nylon compounder in Australia, a “title” of incidental importance to Andrew Stewart, who concedes that the compounding market is a highly competitive space made more difficult in Australia thanks to the local cost disadvantages that now include energy in addition to the oft cited labour costs.

Stewart is convinced that Duromer’s future in Australia lies in more advanced materials than commodity polymers, pointing to polyketones and long-fibre thermoplastics (LFT) as key areas where the company is ahead of the field.

Indeed, as the only Australian compounder of polyketones (a niche class of materials with unique property profile) Duromer is clearly ahead of the field in a group of materials that Stewart says: “could become a major part of our mix going forward”.

However, it is the company’s progress in producing long-fibre thermoplastics (LFTs) under the brand name Polystruct that excites Stewart the most. With a licence from US polymer specialist PolyOne and having invested significant capital in the technology, Duromer is the only manufacturer of LFT compounds in the Oceania region.

In Polystruct compounds, the fibres run the full length of the pellet, which in turn can be customised between 4 and 25mm long. (In comparison, the fibres in short-fibre thermoplastics are generally less than 0.5mm long, with no particular orientation.)

As a result, when the Polystruct pellets are melted and run through an injection moulding process (or extrusion, compression moulding or thermoforming) the fibres form a 3D skeletal network , giving the finished products very high strength, impact resistance and dimensional stability.

This makes Polystruct an ideal material for replacing metal parts with the light weight and corrosion-resistant properties of thermoplastics.

“While it is more expensive than the standard engineering compounds available,” says Andrew Stewart, “there are a lot of ways it can save you money. And we believe our products compare favourably against other global players,” he adds.

This is no idle boast. Duromer’s Polystruct materials are receiving high acclaim in the market, and beating competing materials from around the world on technical merits in competitive pitches.

This success in advanced materials, coupled with the growth in the company’s Vietnamese operation has seen Duromer record a solid sustained growth rate over the last five years. And this has led Andrew Stewart to think about further investment in capacity which may include additional assets off shore.

St.George Bank views Duromer’s success as good news for Australian industry, regardless of where it occurs. “We love manufacturers who manufacture here in Australia,” says Matthew Kelly, Head of Manufacturing & Wholesale at St.George Bank. “And it’s great to see Duromer reap the benefits of its investment in manufacturing advanced materials.”

“New technologies like this are moving Australian manufacturing forwards, and St.George is committed to supporting businesses moving towards a tech-powered advanced manufacturing future.”

“But we do understand that there are some products and markets where it makes sense to go offshore, and we are happy to support that as well,” he concludes.