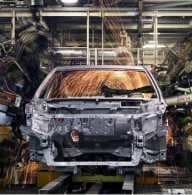 Labor has defended its decision to pour an additional $500m into the ailing car industry.

Industry Minister Kim Carr told the Australian newspaper the new allocation would be performance based and “there would be no handouts.”

This follows claims by Opposition leader Tony Abbott that the government is offering a "blank cheque" to carmakers.

Mr Abbott described Labor's assistance package as a "bandaid on a bullet wound", given the impact of the carbon tax and changes to fringe-benefits tax.

The Opposition Leader has refused to match Labor's commitment but promised to engage in post-election talks with Toyota and Holden about the future of the automotive industry.

A re-elected Labor government would pump another $500 million into the country's ailing car industry from 2016 to 2020 and hundreds of millions over the subsequent decade.

The commitment is designed to secure the medium-term future of General Motors' Holden operation and the Australian arm of Toyota.

But at least some of the new money will also help keep Ford's research and development plant at Broadmeadows working until the last day of operation at the end of 2016.

The promised new outlays are designed to protect the jobs of 50,000 auto-sector workers.

The performance milestones proposed in the new package would operate on the same basis as previous agreements between the commonwealth and the companies on co-investment. "All of our support measures are set against company investment," he said. "So they have got to spend money to get money. None of it is on the basis of us providing them with money and they don't do anything for it, there's no handouts."

Mr Abbott told the Australian: "Mr Rudd looks like a bloke frantically running down the street after the motor manufacturers with a blank cheque in his hand," he said. "Really, it's no way to run a government. This is panicked decision-making on the run.

"We'll sit down with the motor industry and we'll discuss these things calmly like adults after the election if we win on September the seventh."

Senator Carr said if Mr Abbott went ahead with the Coalition's pledge to cut $500m in industry assistance, "the automotive industry in Australia would collapse".

"There is absolutely no doubt that General Motors would not continue its operations under Mr Abbott's stated policies," he said.

"We don't write blank cheques, nor do we give handouts."