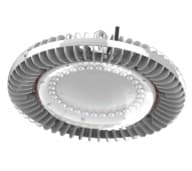 The number of new LED lighting products coming on the market is rapidly increasing. New standards have recently been introduced that provide a level playing field for manufacturers and consumers.
According to industry leaders they will provide confidence for customers who previously faced inconsistent product claims based on no common set of rules.
According to Grant Amor, director of respected LED manufacturer and supplier Aqualuma the new standards for the measurement and projection of LED lifetime will change the game.
“Contrary to what you may have been told LEDs don’t last 100,000 hours across the board,” Amor warns consumers.
With the establishment of a new IES standard, known as TM-21, the industry has taken another big step towards one consistent and reliable model for LED lifetime calculation.
LM-80, is the IES-approved method of measuring the lumen maintenance of LED packages.
Lumen maintenance refers to the number of hours that a light source remains “useful” before its output diminishes to 70 percent.
The creation of the LM-80 standard ensured that manufacturers were testing for lumen maintenance in a consistent fashion – requiring a minimum of 6,000 hours of testing at various temperatures.
The lumen maintenance measurement, known as L70, would then be extrapolated from these test results.
However, before the arrival of TM-21, there was no standard basis for the extrapolation, and calculations varied from one manufacturer to another.
The TM-21 standard picks up where LM-80 left off. As LEDs are capable of lifetimes well beyond 6,000 hours, TM-21 creates a standard way to use LM-80 data to make consistent lifetime projections beyond the testing period.
TM-21 dictates which values can be used in the calculation based on the sample size, number of hours and intervals tested, and test suite temperature. It also puts a cap on the extrapolation – a maximum of 6X the hours tested.
Since most manufacturers test for 6,000 or 10,000 hours, the accurate range based on TM-21 is 36,000 to 60,000 hours of useful life. After this time period, it does not mean the LED will fail – it is just the limit that can be claimed when using TM-21.
While these industry standards will provide tremendous help, says Amor, there are other factors that must be considered when estimating the lifetime of LED fixtures – vs. the LED packages or modules alone.
“The design of the fixture is critical, he says. “From thermal management optic’s and drivers, in addition to the fixture’s intended application and operating environment.”
Using LM80 and TM-21 data and doing testing of the complete lighting system determining the LED junction temperature and drive current it is possible to estimate the L 70 Lumen maintenance well beyond the test period.
The efficacy of the complete fitting must also be taken into account, says Amor.
“This is measured in Lumens Per Watt and should include all losses from drivers and optics – not just the LED,” he says. “This can vary greatly based on many factors in the design and quality of the components used.”
The bottom line is when it comes to LED lighting do your homework and know your manufacturer, says Amor.
“Ask about their testing practices and adherence to standards, he says. “Those of us in the industry who take great care to deliver quality products with substantiated data will always be happy to answer.”
Aqualuma
Ph: 07 55194555
www.aqualuma.com
Product News