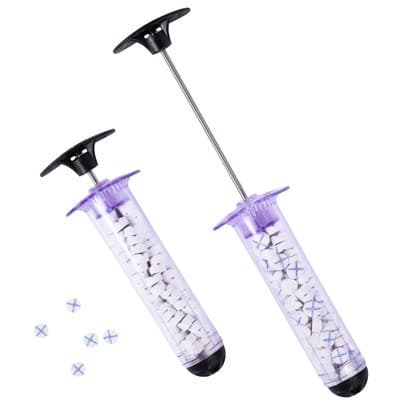 A new syringe with the ability to stop a gunshot wound from bleeding out in 20 seconds will soon be made available to all ambulance staff in the US.

The $ 100 sponge syringe developed by Oregon-based technology company, RevMedx, has been approved by the Federal Food and Drug Administration (FDA) for public use and has been successfully used by the US military since April.

Dubbed “XSTAT 30”, the syringe is hoped to prevent fatalities by stoping serious blood loss until the patient can be taken to an emergency ward.

"XSTAT 30 is cleared for use in patients at high risk for immediate, life-threatening, and severe hemorrhagic shock and non-compressible junctional wounds, when definitive care at an emergency care facility cannot be achieved within minutes," the FDA announced in a press statement.

When they come into contact with blood, the sponge expands to tem times its original size and fills the wound cavity in 20 seconds to temporarily block the blood flow.

The device is reported to stop bleeding for about four hours, and up to three applicators can be used if the would is severe. Its effectiveness stems from the fact that unlike traditional dressing it applies pressure from the inside of the wound, addressing all possible sites of bleeding.

To ensure that the sponges are detectable by X-rays, they also contain a radiopaque marker.

"We designed the XSTAT with direct input from military medics and first responders to provide a unique solution to the issue of junctional haemorrhage," Andrew Barofsky, CEO and president of RevMedx, said on their website.

While tourniquets are able to a similar job, they can't be used as extensively in more tight or sensitive areas. The XSTAT 30 can however. At the moment the device cannot be used to treat gunshot wounds in parts of the chest, pelvis, abdomen, or just above the collarbone.

"According to the US Army Medical Department, Medical Research and Materiel Command, since mid-World War II, nearly 50 percent of combat deaths have been due to exsanguinating haemorrhage (bleeding out)," the FDA said in April.

"Of those, half could likely have been saved if timely, appropriate care had been available."