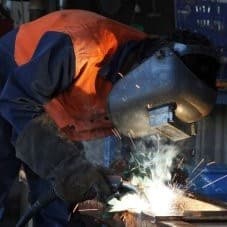 During that period the Australian dollar has fallen 10 percent against the greenback, providing much needed relief for Australian exporters.

Manufacturing production in March was up 1.6 points to 46.6 and new orders up 1.7 points to 45.9) over the previous month, but remained in negative territory.

Manufacturing sales (up 1.0 point to 46.2) contracted for a tenth consecutive month.

Only the manufacturing exports sub-index signaled expansion (down 2.2 points to 51.7 points), as the impacts of the lower dollar continued to flow through.

Once again, much of this growth in exports was concentrated in the food and beverages sub-sector, one of four manufacturing sub-sectors to expand in March (down 0.7 points to 59.4 over the previous month).

The non-metallic mineral products sub-sector expanded for a fifth consecutive month, although at a slower pace (down 8.7 points to 57.4), while the very small printing and recorded media sub-sector rose by 10.3 points to 58.6 – its first expansion since December 2013.

Wood and paper products stabilised in March (up 8.6 points to 50.1), but textiles, clothing & furniture returned to contraction (down 7.3 points to 48.6) after fourth months of expansion.

Further drops in mining construction, the progressive closure of automotive assembly, subdued business investment in equipment and political uncertainties in Canberra and in NSW ahead of the state election all contributed to a decline in activity.

Mr Willox also noted that the lower value of the Australian currency has lifted prices for imported goods.

“We expect it will take some time for manufacturers to adjust the arrangements – including offshoring – they put in place when the dollar was higher," he said.

The index is based on a survey of about 200 manufacturing companies, with the results then seasonally adjusted.