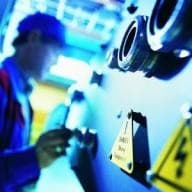 Despite a slight improvement in manufacturing activity in May, latest industry data shows the sector is still in decline.

The May Australian PMI was 43.8 points – 7.1 points higher than the previous month.

Manufacturers across the board cited ongoing weakness in local demand from households and businesses (and especially housing construction weakness), fierce import competition, the federal budget and the upcoming federal election as among the factors having negative impacts on confidence and activity.

Though exchange rates have fallen significantly over the past month, they remain very high in historical terms.  This contributed to the weakness of the exports sub-index, which at 28.5 points, continues to indicate a sharp decline in export orders.

Ai Group Chief Executive, Innes Willox, said: "The Australian PMI recovered somewhat in May from the plunge in April, but the overall landscape across manufacturing is still one of contraction.”

Mr Willox said the welcome drop in the Australian dollar in recent weeks will provide breathing space for many exporters and will help lift confidence. “However, the dollar remains well above its post-float average and there will need to be sustained falls if we are to see a real impact on import-competing manufacturers and exporters, he said. "Manufacturers are telling us that despite the latest cut to official interest rates, weak demand from businesses and consumers remains all too evident.

“This caution is to a degree being influenced by the prelude to the federal election which is generally a period when consumers and business keep their hands in the pockets."