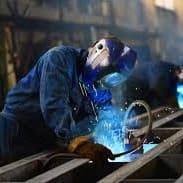 The Australian Industry Group Australian Performance of Manufacturing Index (Australian PMI® ) has edged up 0.8 points to 51.8 points in June, taking the index into more expansionary territory.

The June results have come after some expansionary conditions in May and marks a complete twelve months of continuous expansion.

The continued expansion in the Australian PMI® is linked to the fall of the exchange rate over recent years.

With the Australian dollar now considerably lower than its peak of nearly five years ago, manufacturers have regained some of the competiveness that was given up during that period of high exchange rates.

Five of the seven manufacturing activity sub-indexes in the Australian PMI® remained above 50 points in June.

Production (54.4 points), new orders (54.1 points) and sales (53.7 points) drove the expansion for the month and this bodes well for future months.

The employment sub-index remained (47.9 points) and deliveries slipped into mild contraction (48.9 points) for the month.

"It was a year in which manufacturers took advantage of the boost to competitiveness from the lower Australian dollar both in the domestic market and in export markets. The metal products sub-sector, which has been heavily impacted by adverse global conditions in recent times, recorded its first expansion since September 2010. The important food and beverages sub-sector continued in positive territory although there are now signs of a slowdown and the machinery and equipment sub sector was weaker – in part due to the low levels of business investment across the economy and the gradual wind-down of auto assembly."

"The clear imperative for the sector is for a lift in investment both within the sector itself and more broadly across the economy,” he concluded,