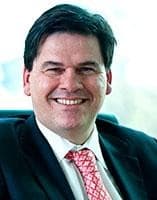 The latest Australian Industry Group performance of manufacturing index (PMI), recorded 45.2 in October – a rise of 1.1 over the previous month.

Readings below 50 indicate a contraction in activity, with the distance from 50 showing the strength of the decrease.

The new orders sub-index dropped a further 0.4 points to 43.9 in October while the only sub-sectors to expand in the month were paper, printing & publishing (51.1) and transport equipment (52.5).

Australian Industry Group Chief Executive, Innes Willox, said: "Manufacturers continue to find the going very tough in the face of the strong dollar, weaker demand in export markets and flat conditions across the non-mining sectors of the domestic economy –particularly in commercial and residential construction which has strong linkages with domestic manufacturing.

"For quite some time, the sector has faced a squeeze on margins with prices for non-labour inputs and wages rising steadily while selling prices have been weak.

“In October the squeeze intensified with the selling price sub-index recording its lowest level since being introduced into the Australian PMI over a decade ago.  Non-labour input prices and wages paid by manufacturers continued to rise in October although the pace of wages growth eased somewhat in the month.”