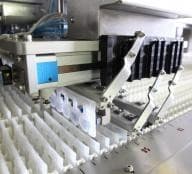 AstraZeneca Australia is investing an additional $20.2 million into its Sydney manufacturing operation to boost production of one of its key asthma medications in response to growing demand for the medicine from China.
The company is investing in a third line at its North Ryde plant which will see capacity for the one asthma medicine alone boosted by an additional 81 per cent from 240 million units currently to 435 million units per year by 2015. The company currently exports $254 million of product, which will rise to $340 million by 2015.
The high-tech machinery, which can produce 65 million units a year, will be custom built in Melbourne to AstraZeneca’s design specifications. AstraZeneca’s manufacturing expansion began last year and is the result of a global sole supplier relationship AstraZeneca has with China and Japan. The company has already invested $80 million in the last 5 years to meet growing demand for its medicines.
“We’ve been saying for some time that the country has a tremendous opportunity to get behind the Australian Medicines Industry as a sector, said Mark Fladrich, managing director of AstraZeneca Australia and NZ. Our Industry is delivering $4 billion a year in exports, more than cars and wine exports, but we need policy stability in our commercial environment if we’re to sustain this growth. That is something we’ve lacked in the past few years, and something we’re looking for from the next government.”
“In an economic environment where the manufacturing environment is challenging, AstraZeneca is carrying the torch for high-end production. We are producing an Australian product on Australian built, specialist machinery which will benefit the wider Australian economy,” Fladrich said.
AstraZeneca estimates that for every $1 of medicines they export the local economy will benefit by up to $1.20; as production involves a number of niche suppliers including plastic manufacturers and delivery companies.
“We source as much plant equipment from local Australian providers as possible. We draw on local engineers and source quality professionals to run the lines once they are up and running,” Fladrich said.
The final packaging machinery, known as the Respules 4010 line, takes 40 people nine months to produce and is due for installation in 2015.
AstraZeneca
Ph: 02 9978 3500
www.astrazeneca.com.au