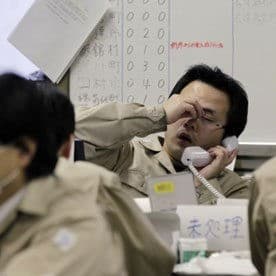 Japan's government plans to introduce stress checks for its workers, as the number of staff on leave due to mental illness remains high.

A report in the Japan Times says under the system, the National Personnel Authority plans to conduct a stress survey every year, based on provisions in the Industrial Safety and Health Act, which was revised last year.

The paper says the law will oblige private companies with 50 or more employees to introduce stress checks, will come into effect from December this year.

Employee stress checks will also be phased in at government agencies from December, sources talking to the Japan Times said.