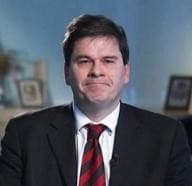 The Australian Industry Group has renewed calls for bipartisan support for the dropping of the fixed price carbon tax and an immediate move to emissions trading.

This would reduce the carbon price immediately by three quarters to around $6, said AiGroup Chief Executive, Innes Willox.

In a recent Opinion Piece in the Australian Financial Review Mr Willox said the re-elevation of Kevin Rudd to the nation’s leadership is “a real opportunity to reset the policy agenda for the rest of this term of Parliament and beyond.”

“Mr Rudd is clearly saying the right things with his early commitment to work positively with the business community. While this is encouraging, actions speak louder than words,” Mr Willox said.

Mr Willox called for the immediate abolition of the “very high fixed price carbon tax” and an early switch to an internationally linked emissions trading system.

This would benefit both business and the broader community.

“Both the Prime Minister and the Opposition Leader could support this initiative in the national interest, Mr Willox said.

“Shifting as soon as possible to an emissions trading scheme would involve no retreat from environmental objectives but, with international prices less than a third of the current fixed price here, would provide substantial relief for businesses and households chiefly by reducing electricity and gas prices, Mr Willox said.

“We recognise that administrative hurdles would prevent such a move from being introduced immediately. In the interim we would urge adoption of a much lower fixed price of roughly the same level as the current price in Australian dollars of European permits – around $A6.16 a tonne.”

Mr Willox said while there appears to be no time “to correct inherited measures” it would make good policy sense to commit to righting the wrongs.

This includes amendments to the Fair Work Amendment Bill 2013.

“We are strongly opposed to this unbalanced legislation, which does not address the key issues of concern to industry, said Mr Willox.

“The bill was flawed from the start and at the very least, a commitment should be made to remove the expanded union entry rights that give unions unfettered access to every lunch room in the country.

“These provisions breach commitments given by the government during the development of the Fair Work Act. The absence of any attempt at balance is very starkly evident in the legislation which increases union rights but does not address any of the issues of concern to employers.”

“We are particularly opposed to the ill-considered and unnecessary reintroduction of labour market testing for 457 visas, said Mr Willox.

“This union-inspired anti-business proposal was not supported by any proper evidence and was part of an orchestrated campaign to demonise the 457 program. We would like to see a commitment to reverse these measures and would welcome further consultation on any reasonable proposals to ensure the 457 scheme works efficiently and appropriately.”

Mr Willox said in this difficult economic climate it is time to take positive steps to make Australia a better place to do business.

“Our economy needs good policies that promote jobs and growth.”