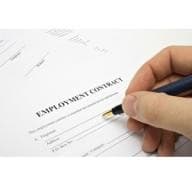 Business ranks industrial relations as the number one policy priority for Government after the federal election, according to a new industry survey.

The survey, conducted by the Australian Industry Group, found almost a quarter of the 330 businesses surveyed (23.1 percent) named industrial relations reform as their top business policy priority for the government for the next three years.

Businesses surveyed were from manufacturing, services and construction.

Manufacturing businesses ranked it as their greatest priority (31.3 percent).

“It is a message from business to all political parties that sensible changes must be made to the Fair Work Act to support productivity and job growth.”

Mr Willox said the Federal Election should not be an excuse to put the necessary changes to the Fair Work Act in the “too hard basket.”

Reducing red tape and regulatory duplication was the second highest policy priority overall and the greatest concern for small business.

“This in large part reflects the onerous time commitment required of owner-managers in complying with regulatory obligations, said Mr Willox. “Reducing red tape and regulatory duplication is also a high priority for businesses in the construction sector, with over 40 percent reporting this as their highest priority.”

Reducing company tax rates and implementing tax reform was a particular concern for businesses in the services sector. More than a quarter of all service providers (26.5%) ranked tax reform as their top priority.

In addition to implementing the Henry Tax Review recommendation to cut the company tax rate to 25 percent, a number of respondents across the country also identified changing the Goods and Service Tax (GST) as a key part of a program of tax reform.

2. Reducing red tape and regulatory duplication – Second overall with 23 percent of respondents nominating it as their highest priority for the next government. This is a particularly important issue for small businesses and construction companies.

4. Investing in physical infrastructure – It was ranked by 17 percent of businesses as their number one priority. Infrastructure investment was seen as a relatively high priority for NSW businesses.