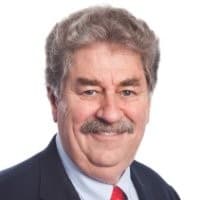 Cook Medical Australia, a leader in medical technology and advanced manufacturing, has welcomed the Government’s release of a comprehensive innovation agenda.

However, the industry leader has expressed disappointment at the “lack of attention paid to manufacturing.”

“But the statement lacked any significant changes for manufacturing,” Mr Thomas said.

“As one of the few successful manufacturers left in Australia, we believe this is an issue that needs to be addressed urgently.

“What Australia needs is some bold leadership and decision-making.”

Mr Thomas said brave policy reform is needed – the same as when Australia was the first country in the world to introduce the R&D tax incentive.

“We need the kind of thinking that led the UK to introduce its patent box tax incentive – a decision they must be celebrating as early reports of manufacturers returning to the country’s shores emerge.”

Mr Thomas said it is impossible to address innovation and commercialisation without also supporting manufacturing.

“We believe the best way to do this is through a tax incentive for commercialising Australian innovation in Australia.”

The Australian Advanced Manufacturing Group and the Australian Industry Group, peak bodies for Australian industry, are also calling for Government to consider these tax incentives.

Also, in a bid to better connect industry with researchers the Government plans to introduce an Innovation Connections program, which will invest $18 million to expand and relaunch the existing Research Connections scheme.

“It’s vital that research and development is supported,” said Mr Thomas. “However, focusing on this part of the innovation cycle alone will not automatically foster higher levels of commercialisation here in Australia. The conditions that make it unappealing to manufacture in Australia still remain, including one of the highest corporate tax rates in the world.

“We believe that one way to turn around the future of manufacturing is to introduce a ‘patent-box’ style tax measure: the Australian Innovation and Manufacturing (AIM) Incentive. This tax incentive has been designed to reward manufacturers who produce and commercialise products in Australia,” Mr Thomas said.

Twelve countries worldwide have introduced similar measures, including the UK and China. The US is currently considering introducing something similar.

A feature of this sort of tax incentive is that the innovation must result from local research and development to be eligible.

“As more and more countries move to introduce such incentives, the risk of losing key opportunities increases. Not only does this mean that manufacturing becomes even less appealing here in Australia, but R&D also needs shifting in order for new innovation to qualify,” said Mr Thomas.

Cook Medical has been working with industry leaders including AusBiotech, the Export Council of Australia, and the Medical Technology Association of Australia (MTAA) to develop the proposal for the AIM Incentive.