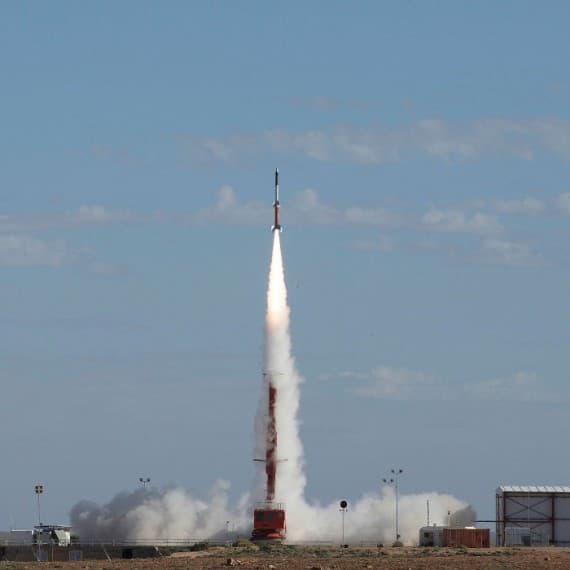 Australia and the United States have sucessfully completed a series of tests for their joint-venture high velocity missile, the HIFiRE.

Lauched from Woomera, the $54 million missile program launched the missiles, which are capable of flying at speeds above 10,000 km/h while still maintaining a significant level of maneuverability.

Creating a missile capable of such advanced maneuverability has required innovation and cutting-edge techniques in developing the propulsion systems, the strength of airframes, heat-resistant materials, refining aerodynamics, and creating AI-controlled avionics.

Defence minister Marise Payne says in a statement released on her website that the $54 million Hypersonic International Flight Research Experimentation (HIFiRE) tests recently wrapped up in the skies above the remote South Australian town of Woomera.

“Hypersonic flight is more than five times the speed of sound and has the potential to revolutionise air travel, making it faster and cheaper to travel around the world and into space,” Ms Payne said.

“There are key military applications of this technology and by understanding hypersonic flight, the Australian Defence Force will be in a better position to respond to future threats.”

Australia and the United States have been working in partnership on hypervelocity flight for almost a decade. The first launch of one of its test vehicles was conducted in 2009, with subsequent tests including 2012 and 2016.

"This is a tribute to the outstanding expertise of the four partners involved in the collaborative HIFiRE program – DST Group, AFRL, the University of Queensland and Boeing Research & Technology in the US," said the Australian Department of Defence.