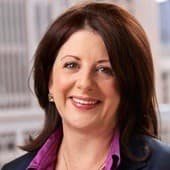 Business leaders from the Australian chemistry industry have released a new report highlighting the vast economic benefits of gas-based manufacturing in Australia.

“The sector underpins more than 1,600 full time equivalent jobs for every petajoule of gas it uses. This is important because when you look at other industries that use gas, the number of jobs the chemical industry supports is much higher, 80 times higher than LNG and 150 times more than the gas-fired electricity generation sector,” Ms Read said.

“We also add $286 million of value to every petajoule of gas used in our sector, which is again much higher than other gas-based industries, 33 times more than LNG, and 68 times more than the gas-based electricity generation.

“This doesn’t mean these industries are less important to the economy, but it does provide an indication of the value of our sector, and the potential impact of lower chemical sector production on the economy resulting from the current gas crisis.

“The crisis is impacting investment decisions of companies in the chemistry industry today and future investment considerations, which is a significant lost opportunity for Australia.

“In the current climate of slow economic growth and declining economic complexity, we can’t afford to lose investment in an industry that makes such a large and valuable contribution to the economy.”

Ms Read says that recent moves by the Federal Government to improve the supply of affordable, reliable gas to domestic industries are a step in the right direction, but that greater urgency is needed to solve the short-term challenges facing the sector.

“Government intervention is necessary to address the dysfunction in Australia’s gas market, so as not to lose manufacturing capability and further strip complexity from Australia’s economy,” she says.

She says that increased supply also needs to be enabled by state governments.

“The moratoria on onshore gas exploration in Victoria must be lifted, and projects such as Narrabri in NSW need to go ahead to ensure there is sufficient gas available in the markets where the gas is used.

“We hope the Victorian Government will remove the ban on gas exploration and development as it’s hurting manufacturing, especially in the chemistry sector.

“The Acil Allen Consulting report we’ve released today shows that the chemistry industry contributes $11 billion to Victoria alone, with 65,000 jobs dependant on the industry. These jobs are at risk until gas supply and price issues are addressed.

“Like the ACCC, we support taking a science-based, case-by-case approach to gas developments rather than blanket bans in Victoria. We urgently need additional supplies of gas to put downward pressure on prices to secure manufacturing jobs. It’s time for state governments to act.”