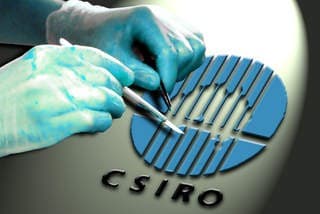 The federal government’s cuts to CSIRO will make it more difficult for the organisation to fill the research and development gap left by Australian businesses, according to CSIRO chairman Simon McKeon.

In a interview with The Conversation, Mr McKeon said Australia’s business culture is still focused on natural resources, agriculture and tourism, and that CSIRO has a crucial role in scientific innovation that is not being pursued by business.

“The private sector does not embrace R&D as it does in other nations. That is why is it so important to have CSIRO, as a relatively large and highly effective organisation that basically fills a very big gap,” he said.

Cuts announced in treasurer Joe Hockey’s budget will strip CSIRO of A$116 million in funding over four years, and see 500 people – almost 10 percent of the organisation’s staff – laid off.

“We will be starting with the science support staff, not the scientists themselves. But there are going to be some areas (of science) we will have to look at very critically,” McKeon said.

“We don’t have the research base in industry that we should have,” said Peacock, whose programs have had their funding cut by A$80 million over four years.

Every dollar of public money given to CRC programs acts as “glue” to attract up to four dollars in research funding from industry partners, Peacock said.

“It is all about collaboration – nobody has sufficient in-house expertise, even the big outfits like (US industry research organisation) Bell Labs.”

Peacock said that public research funding helps to attract investment from international firms that would otherwise go elsewhere. Components for Boeing’s 787 airplane, for example, are manufactured at a plant in Melbourne.

“Boeing came to the Advanced Composites CRC because they are the best composite materials engineers in the world,” he said.

Catriona Jackson, chief executive of lobby group Science and Technology Australia, said every dollar of cuts to CSIRO’s budget will cost it another two dollars in income from industry and royalties.

That shows how deeply CSIRO collaborates with industry to develop new innovations, she said. “It is exactly the sort of activity that all governments, including this one, are always advocating.”

“There is nothing ‘ivory tower’ about CSIRO – we’re talking applied research that translates directly into public benefits and dollars,” Jackson said.

“If we are going to have the kind of collaboration that translates into good innovations and good jobs, why would you cut things like CSIRO?”