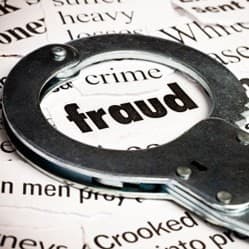 Research into businesses across Australia and New Zealand has found that 34% of companies with offshore operations have encountered a foreign bribery or corruption incident over the past five years – up from 21% in 2012.

The 2015 Deloitte Bribery and Corruption Survey had respondents from 269 organisations in New Zealand and Australia, finding that 23% had experienced at least one case of domestic corruption since 2010.

More than half of these transpired during the last year.

The survey was the second of its kind conducted by Deloitte, but was the first to ask questions about domestic bribery and corruption.

“Almost one in four organisations reporting an incident is a significant level of corruption,” Barry Jordan, lead forensics partner at Deloitte, told The New Zealand Herald. “There is no longer any excuse for complacency against this risk.

Apart from the legal ramifications, which can include heavy fines or even jail time, the long term reputational damage from corruption can have serious long term flow on effects on an organisation's bottom line.”

According to the report, the most common types of corruption cited were undisclosed conflicts of interest, supplier kickback and personal favours.

Over 25% of the incidents occurred within organisations with over 5000 employees, while 68% of incidents involved private or business individuals.

It was also found that corruption was occurring within all sectors.

The whistle was most often being blown on domestic corruption in management reviews, internal controls and tip-offs from employees; but in larger organisations with more than 5000 employees, the most common way of informing employers of corruption was via a dedicated hotline.

“Hotline channels have increasing potential in terms of incident detection and deterrence,” Jordan said, adding that the report’s findings emphasised that large organisations should provide a platform to enable tip-offs to be made.

Several countries, including China, India and Indonesia, have begun to increase their efforts to combat corruption, the report stated.

However, just 31% of respondents with offshore operations reported having a comprehensive understanding of relevant legislations.

“There seems to be a disconnect between risk and reality, with a perception among Australian and New Zealand organisations that bribery and corruption is not a key risk,” Sophie McMurray, head of compliance and anti-corruption officer at Deloitte Australia said in the report. “However, many of them operate in higher risk countries or may be exposed to the US FCPA and the UK Bribery Act.”

Forty per cent also reported either not having or not being aware of a formal compliance program to manage corruption risk, while almost one in five participants operating in high risk jurisdictions did not discuss the risks at management or board level.

“A more comprehensive understanding of applicable legislation and a thorough risk assessment is needed to bridge the gap between perceived risks and reality,” McMurray added. “Together with a robust anti-corruption compliance programme that cultivates an ethical culture, this will increase an organisation’s risk capacity and give them a competitive advantage.”

“There is no one size fits all,” Rachel Besley, general counsel at Deloitte Australia said. “What’s important is that responsibility is delegated to specific senior individuals who have the right resources and appropriate authority to ensure the effective operation of [an anti-bribery and corruption compliance] program.”

“[Organisations] must have clear and effective channels to report up the chain, autonomy, the ability to report bad news without fear of repercussions, the ability to provide guidance and urgent advice to employees on compliance, and sufficient and appropriate knowledge of the subject matter.”