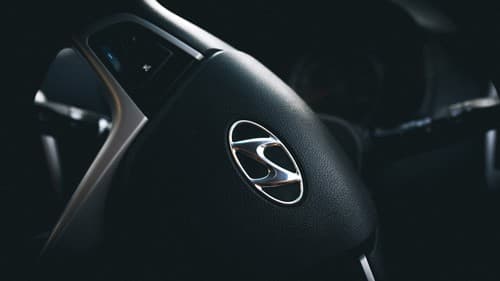 The trio recently signed a Memorandum of Understanding (MoU) that sees the production and delivery of hydrogen gas to Hyundai’s Macquarie Park headquarters from early 2021.

The gas will then be used in Hyundai’s hydrogen-powered vehicle refuelling station.

While the NEXO is cleared for use on Australian roads, it is currently only available to governments or fleets with access to a hydrogen refilling station.

“Australia’s lack of hydrogen refilling stations and associated infrastructure is consistently cited as a barrier to the growth of a strong domestic zero-emission vehicle industry,” he says.

Australia currently has only one hydrogen refuelling station.

“Our partnership with Hyundai and Jemena is the first step towards demonstrating that Australia has the opportunity to be a world leader in the hydrogen-powered vehicle industry.”

Under the MoU, Jemena will develop a power-to-gas project in Western Sydney which will produce green hydrogen. Coregas will provide hydrogen compression installation, pipework and connectors for filling and discharging, as well as hydrogen packaging, transportation and quality control services.

It’s not the first time Coregas and Hyundai have teamed up; Coregas helped bring Hyundai’s hydrogen-powered concept car to life in 2015. Hyundai’s ix35 Fuel Cell was powered by Coregas hydrogen.

FCEVs combine hydrogen and oxygen to produce electricity, which runs the motor. With an official range of over 650 kilometres, hydrogen-powered FCEVs like Hyundai’s NEXO can travel much further than pure electric vehicles and can be refuelled in under five minutes, much like a petrol car.

The only emission from a hydrogen-powered FCEV is water vapour from its tailpipe.

In Australia, the only permanent hydrogen refuelling station is located at Hyundai’s Macquarie Park headquarters in Sydney. A second station is under construction in the ACT, with others planned for Melbourne and Brisbane.

The largest hydrogen vehicle fleet in Australia is the 20 Hyundai NEXO SUVs soon to be deployed by the ACT Government.

“This is the first of many small steps needed to accelerate the use of hydrogen and fuel cell technologies for transportation in Australia,” Watkins says.

“Coregas looks forward to contributing to the future of clean energy and green transportation in Australia.”

The global hydrogen-powered vehicle industry was valued at around $650 million in 2018, and is projected to be about 60 times higher by 2026.