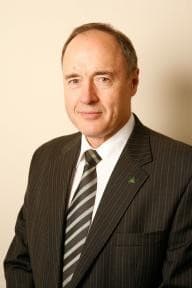 The Australian Made Campaign has welcomed a Federal Court decision to penalize a company for false and misleading claims over its ‘Australian Made’ products.

Gold Coast retailer, UNJ Millenium Pty Ltd, was ordered to pay $55,000 in penalties after admitting it made false or misleading claims that sheepskin and wool bedding products were made in Australia, and contained 100% sheep wool or 100% alpaca wool.

Australian Made applauded the action taken by consumer watchdog the Australian Competition and Consumer Commission (ACCC), which led to the court case and subsequent finding against UNJ Millenium.

Australian Made assisted the ACCC investigation and as a result of the finding has now revoked UNJ Millenium’s authority to use the Australian Made logo.

“We condemn the use of country of origin claims intended to mislead and confuse consumers, particularly when those claims are falsely made using the Australian Made logo,” Australian Made Chief Executive, Ian Harrison said.

“Maintaining the integrity of claims that a product is Australian-made, particularly when the Australian Made logo is involved of paramount importance,” he said.

“Australia has a very strong nation brand, which gives local businesses a competitive advantage in the marketplace. It is crucial that this is maintained.”

UNJ Millenium primarily marketed and sold its products to foreign tourists, in particular to Korean and Chinese tourists visiting the Gold Coast.

“The practice by some retailers of misusing country of origin claims and selectively selling products to tourists, often at inflates prices, sends a very bad message about Australia. It is a practice we would like to see stamped out,” Mr Harrison said.