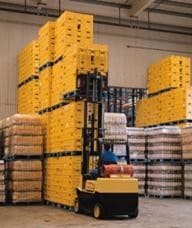 The Australian Competition and Consumer Commission has launched proceedings in Sydney's Federal Court against Renegade Gas and Speed-E-Gas, claiming the companies operated an anti-competitive cartel.

According to a report by business news group Smart Company, the consumer watchdog alleges that Renegade Gas, which trades as SupaGas NSW, and Speed-E-Gas, a subsidiary of Origin Energy, were involved in price fixing for the liquid petroleum gas, which is used to power forklifts.

According to the report the ACCC says the businesses agreed to only offer to supply forklift gas to each other's customers at a price that they knew was not likely to induce the customer to change suppliers.

The ACCC says this behaviour may have resulted in Renegade Gas and Speed-E-Gas's customers not being able to obtain a more competitive price from the other supplier and paying a higher price than they may otherwise had to pay.

It says these higher costs may have been passed on to consumers through higher prices that consumers pay for goods supplied by these businesses.

The ACCC is seeking declarations, injunctions, pecuniary penalties and costs against Renegade Gas and Speed-E-Gas along with the implementation of a trade practices compliance program by Renegade Gas.

It is also seeking declarations, injunctions, banning orders, pecuniary penalties and costs against the former senior executives of both businesses.

A directions hearing is listed for the Federal Court in Sydney on September 20, 2012.