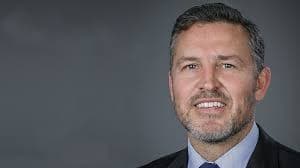 A new report has found a majority of business leaders across the Asia Pacific are actively reducing their reliance on China in their supply chains, which will reinvigorate the local industry.

The latest Asia Pacific CEO survey conducted by Westpac’s institutional arm found 57 per cent of large corporations in the region have begun to onshore supply and/or manufacture, to minimise risks within supply chains.

Surveying 113 chief executives, the report found two-thirds of firms had experienced significant supply disruptions during the coronavirus pandemic, and more than half had decided to manufacture onshore.

Some 63 per cent expected to continue this direction in the future, as CEOs are “likely to see such measures as helping to reduce supply dependence on China,” the survey found.

“We’re going to see a focus on smart manufacturing, which will create jobs – particularly high-skilled opportunities – and it’s going to see us build capability in areas where we can be very competitive on an international scale,” he said.

This shift coincides with fracturing trade relations between Australia and China, which has hit major exporters in the agriculture and resources sectors.

The relationship soured further when Chinese authorities slapped Australian wine makers with import tariffs of up to 200 per cent.

Mr Miller noted the responses by senior management during the pandemic had accelerated digitisation strategies, particularly using technology to cope with a remote workforce.

“A lot of businesses took actions to stabilise their operations out of urgent necessity, but in the process, many have brought in changes that promise future benefits — some unanticipated — in terms of efficiency and team cohesion,” Mr Miller said.

Westpac’s report also highlighted a number of firms remained resilient during the pandemic and were able to adapt to changing demand and operating conditions.

According to the survey, 69 per cent of CEOs said they had become more resilient as a leader, while 72 per cent of respondents said organisational decision making had become quicker.

One-quarter of the respondents are based in China, 20 per cent are based in Indonesia, and the balance are divided equally between Australia, New Zealand, Japan and Singapore.

Their companies are distributed across a wide range of industries, with the largest representation from consumer goods (14%), construction and real estate (11%), and financial services (10%).