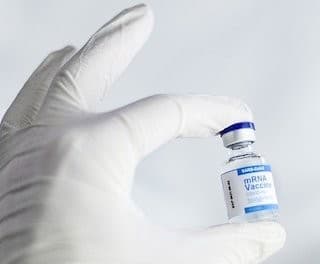 The Australian Government is offering to partner with industry so that the country has the opportunity to produce mRNA vaccines and, potentially, other therapeutic products, using this technology.

In a joint announcement with Minister for Health Greg Hunt, newly appointed Minister for Industry, Science and Technology Christian Porter said the Government was inviting key commercial providers and potential providers to demonstrate their future capability and explain what government involvement, assistance or support could make that capacity a reality.

“We know that mRNA is an extremely promising branch of medical science and we know from work already undertaken that Australian businesses and researchers are developing mRNA capacity,” Minister Porter said.

“However our market analysis also shows there are gaps and challenges to scale-up, which mean it’s not currently possible to commercially manufacture mRNA treatments locally.”

He said the Government was taking a two-pronged approach to establishing this capability. “We are continuing negotiations with existing manufacturers while also approaching the market for others that can potentially provide viable solutions.

“This partnership approach will ultimately help us secure the best mRNA capability for Australians while delivering economic benefits, improving health outcomes for Australians and creating high paying jobs for the future.”

He said that while mRNA vaccines were already a key pillar of the Government’s vaccine strategy, mRNA technology had the potential to treat many other diseases including cancer, the flu, and cardiovascular disease.

“This approach to market builds on work already undertaken to understand Australia’s vaccine manufacturing capability, including a manufacturing audit undertaken last year and a business case.

“Both these will provide a strong evidence base on which to assess proposals as we work to build capability here at home.”

The Government is seeking proposals that will establish an end-to-end sustainable capability. Requirements that applicants will need to address include:

The process will be open for eight weeks. Details are available at industry.gov.au/mrna.