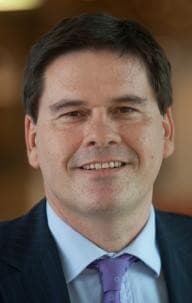 While the budgeted surplus for 2012-13 is welcome and will have important national benefits, there are considerable risks in the way it has been achieved, according to the Australian Industry Group representing business in Australia.

“In particular, the additional taxes and costs imposed on industry will undermine the ability of business to make the critical longer-term investments needed to boost productivity, improve our global competitiveness and lift employment," AiGroup Chief Executive, Mr Innes Willox said.
"The Government has made a strategic decision to favour a short-term boost to consumption at the expense of the longer-term drivers of economic growth, he said.
"The scrapping of the company tax cut that was to be financed from the Minerals Resource Rent Tax is a major blow to business. It will reduce incentives to invest and innovate and is a particular set-back for businesses in non-mining, trade exposed industries such as manufacturing that need to invest to lift productivity to overcome the impacts of the strong Australian dollar, weaker global demand and the impending carbon tax.”
Mr Willox said while the previously announced loss carry-back measure would provide some benefit to businesses, it would not be immediate.
“It will be overwhelmed by maintaining the company tax rate at a level well above that of similar developed economies, he said.
"The lack of commitment to reaching consensus on business tax reform is deeply disappointing. Australia clearly needs an agreed long-term path to substantially lift the competitiveness of the business tax system.”
Also, changes to the tax treatment of Living Away From Home allowances and benefits would exacerbate the difficulties for business in attracting highly skilled employees to fill positions away from their home.
“It will compound the costs imposed by the recent changes made in relation to temporary residents,” Mr Willox said.
Mr Willox said positives for business in the Budget included: