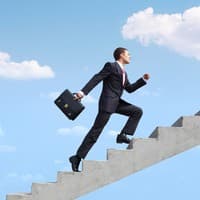 Australia’s CEOs are more optimistic about general business conditions in 2016 than at any time in the past three years, according to a new business survey.

Of the 250 businesses surveyed, 63 percent expect their annual sales to improve this year, 21% expect no change and 16% expect a decrease.

“This improved outlook reflects more favourable developments in the economic and business landscape through the latter half of 2015,” said Australian Industry Group Chief Executive, Innes Willox.

·       Positive response to the change in Australia’s political leadership

·       Uncertainties of a Federal election

Mr Willox said there are clear messages for policy-makers in the report.

“Local conditions have improved for the non-mining industries since last year, primarily due to the lower dollar,” he said.

“But we are still struggling to establish and sustain significant new sources of growth.  “Businesses are working hard to eke out much-needed productivity gains, but government also has critical roles in supporting confidence, competitiveness, investment and innovation.”

·       Improving the tax system – to lift its efficiency; to reduce barriers to investment and innovation; and to strengthen and stabilise our revenue bases;

·       Investing in skills and education, including with a stronger emphasis on science, technology, engineering and maths (STEM) skills;

·       Removing the barriers to business growth, employment and workforce participation imposed by inflexibilities in our workplace relations arrangements; and

·       Supporting a faster pace of innovation including by lifting business/research collaboration.

·       Overseas sales are anticipated to rise for 26% of exporters in 2016 with just 6% expecting their export income to fall.

·       A majority of businesses expect their input prices to increase in 2016 and 39 percent anticipate rises in energy prices.

·       There are mixed plans for business growth with employment numbers increasing in 36% of businesses; training expenditure will grow in 47% of businesses, up slightly from 44% of businesses who increased their spending on staff training in 2015.

·       Investment in new technologies is expected to grow in 59% of businesses, with just 6% planning to cut this key area of investment expenditure.

·       Skills shortages are a concern for 10% of CEOs, slightly more than in previous years (around 9% in each of 2013, 2014 and 2015). This might be an early indicator that CEOs expect recently stronger demand for skilled labour across key industries and skilled occupations (e.g. in selected services industries and in construction) will continue into 2016.

·       8% of CEOs ranked the flexibility of industrial relations as one of the three leading impediments to their business growth in 2016.

·       Competition from imports or online sellers is a key impediment for 14% of CEOs, up from 12% in 2015. Related to this, 12% of CEOs feel that Australia’s exchange rate is an impediment due to volatility and/or high levels (despite falls in the value of the Australian dollar since 2013).

·       18% of CEOs will seek to develop new markets for their products in Australia (the domestic market) while 9% will focus on developing new markets overseas.

Mr Willox said services businesses are the most optimistic with 41% expecting better conditions in the year ahead.

“About one third of manufacturing CEOs expect general conditions to improve with the rest evenly divided between those expecting no change and those anticipating a worsening of conditions,” Mr Willox said.