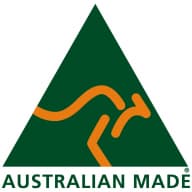 The Australian Made Campaign has welcomed a preliminary report from the Anti-Dumping Commission, supporting local food processors.

The report recommends that additional tariffs be imposed on processed tomatoes, which are found to have been dumped.

Local processor, SPC Ardmona, instigated the inquiry, after it was forced to heavily discount its Australian Grown processed tomatoes in order to compete with the dumped imports, affecting its ability to cover costs.

“We look forward to the final report validating these findings, but the fact remains, there is damage being done to the local industry, and Australia’s growers, every day until these safeguards are put in place,” Australian Made Chief Executive, Ian Harrison said.

“Australia needs to be vigilant about the damage that can be done to Australian processors, and in turn Australian growers, given the time it takes to assess such claims.”

Mr Harrison said there is a strong argument that the onus of proof should be shifted from the claimant to the importer to prove what is being sold has not been dumped, when a reasonable claim is accepted by the Anti-Dumping Commission.