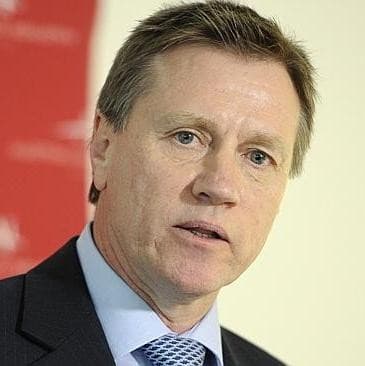 Speaking during a recent visit to the UK’s highly successful Catapult Centres, Mr Pollaers said that in a very short time, the Catapults had been able to turbo-charge collaborative efforts between research and industry to produce groundbreaking commercial results.

The Catapult Centres are a network of elite technology and innovation centres established by Innovate UK as a long-term investment in the UK’s economic capability.

“Our members will be working closely with them to ensure that the aspirations turn into actions and that the advanced manufacturing sector reaps the full benefit.”

“There is no question that the IGCs are a critical opportunity to strengthen and build our high value knowledge-based industries,” he said.

“It is very clear from the UK experience – and experience in the United States also – that creating environments where engineers and scientists can come together as partners brings about breakthroughs in the application of science and the development of commercial outcomes.

“These co-funded environments are solving real business problems, they are building the skills required, and the collaborative model is driving an approach that sets aside any competitive view – even for the universities involved.  The door is open,” Mr Pollaers said.

“The real prize is not just in solving the business problem or the research problem alone. The real prize has been in the capability being built among the people involved.

Mr Pollaers said UK manufacturers and research partners are giving serious thought to the skills development pipeline – the competitive advantages of training people in the application of new technologies.

This has included creating new pathways between apprenticeships and tertiary degree outcomes.

The Catapult Centres were established following an independent transparent evaluation process of the UK’s research capabilities.

A series of institutes were identified as doing globally-competitive and cutting edge research.

The centres of excellence then developed co-funding models to invest in the staff and industrial scale equipment necessary to develop and scale up new products and processes.

“One of the keys to international success in the transition to advanced manufacturing has been governments focusing research and public policy initiatives rigorously on a small number of areas of true competitive advantage – rather than bolstering dying industries, or spreading efforts too thinly,” Mr Pollaers said.