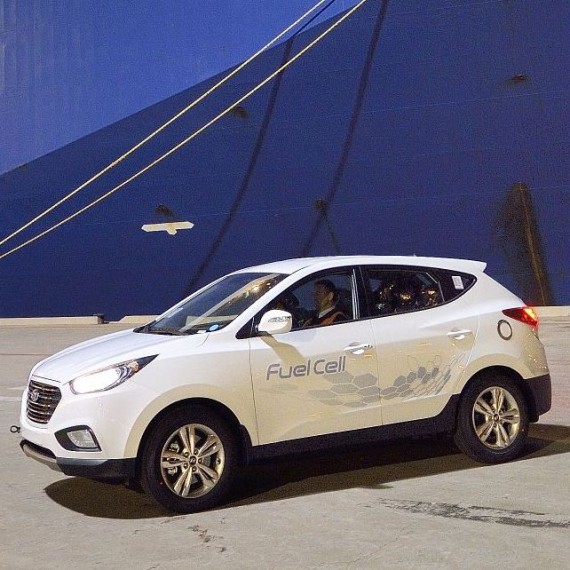 When mixed with air, hydrogen burns ‘clean’ leaving only water, reducing the environmental impact of the vehicle. Longer term plans include production of hydrogen on site using solar energy and electrolysers, meaning the scheme will eventually be entirely green, emitting no harmful by-products and not burning fossil fuels.

Whilst countries in Europe and America already have hydrogen-powered cars and buses, and have begun installing networks of refuelling stations along “hydrogen highways”, Hyundai’s concept car is the first vehicle of its kind to be permanently imported into Australia. It is hoped this will be a first step toward a wider hydrogen network in this country.