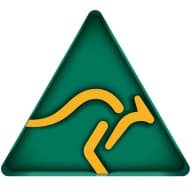 The Australian Made Campaign has welcomed an Anti-Dumping Commission finding regarding imported processed tomatoes.

The Commission found last week that more than half of all imported processed tomatoes from Italy have been illegally dumped and imposed penalties on the offending exporters.

“We urge the media to publicise this finding widely, so that Australian consumers can become aware of it,” Australian Made Chief Executive, Ian Harrison, said.

“There is significant damage being done in the marketplace to companies such as SPC Ardmona, which processes genuine Aussie produce grown by genuine Aussie farmers.”

“Consumers have the ultimate say in what they purchase, he said. “There are consequences if we all increasingly purchase imported products over great Australian produce – further job losses and problems for our farming communities are at the forefront of those consequences.”

Consumers should look for the green-and-gold Australian Made and Australian kangaroo logos to be sure what they are buying has genuinely been made or grown in Australia.