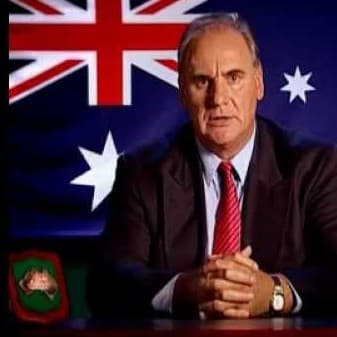 The well known “Lambassador’ has taken to the airwaves for AMCL, voicing radio advertisements encouraging consumers to look for genuine Aussie products that carry the logo and buy with confidence.

“There’s nothing more Australian than supporting local products and produce by looking for the iconic green and gold kangaroo logo,” Mr Kekovich said. “You know it makes sense to buy Aussie.”

The radio campaign comes just weeks before the introduction of the Federal Government’s new food labelling program, which will see nearly all food products made or grown in Australia carry the famous Australian Made, Australian grown logo.

“Sam has already been part of something quintessentially Australian in his role as ‘Lambassador’ so it was an obvious choice to get him on board,” AMCL Chief Executive Ian Harrison said.

“Hearing such a well known Australian identity on radio, encouraging shoppers to buy genuine Australian products and produce will no doubt have an impact,” he said.