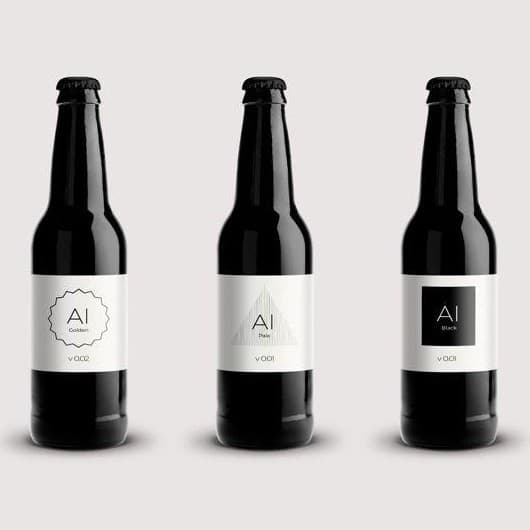 How would you feel about kicking back on a Friday afternoon with a pint of A.I-brewed beer?

IntelligentX is the world’s first firm to try teaching an A.I how to brew beer, and they're using a very unusual method of collecting feedback: a Facebook Messenger bot.

The startup is using an algorithm they have named 'Automated Brewing Intelligenc'e'(ABI) to collect customer feedback data through a Facebook bot, and improve the recipes of its beer.

So far, the A.I has produced four beers: Golden AI, Amber AI, Pale AI and Black AI. All of these are brewed along the Bermondsey Beer Mile in London, and sport the brands distinctive, minimalisting branding.

“We’re doing something exciting,” says IntelligentX co-founder Rob McInerney. “We do think [about] the future, and actually what AI is really allowing us to do here is have conversations with all our customers and actually allow their feedback to not just determine what adverts we show them, but really what the product they’re actually getting is.”

Less than a week since launching, the company has already sold out of their first batch and is busy working on its next. The hope is that each batch of beer will be better than the last, with the ABI algorithm’s ultimate aim being to win a major beer competition.

And beer is just the start, according to Leith, who believes that machine-based iteration is capable of extending beyond objective design problems and into the subjective area of human taste and appreciation.

“Anything that’s got an emotive element where people have strong feelings about what it should be, we could really infuse it with artificial intelligence to make it a better product.”