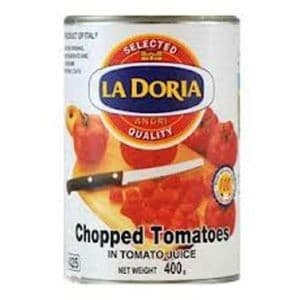 The Australian Made Campaign has welcomed the finding by the Anti-Dumping Commission that penalties should be imposed on dumped tomatoes exported out of Italy into Australia.

“The Anti-Dumping Commissioner’s findings clearly validate what’s been known in the market for a long time, which is that these tomatoes have been exported into Australia in violation of the fair trade rules set down by the World Trade Organisation,” Australian Made Campaign Chief Executive, Ian Harrison said.

“Consumers in Australia prefer Australian Grown produce and this should not be distorted by ridiculously unfair pricing,” Mr Harrison said.

“It makes no sense for the great produce grown in the Goulburn Valley and processed by companies such as SPC Ardmona to lose out in the marketplace against illegally dumped products.”

In a major win for local producers, the Australian Government will impose duties on certain prepared or preserved Italian tomatoes.

The Anti-Dumping Commissioner has recommended that dumping duties be applied to Feger and La Doria canned tomatoes.

This is the second dumping decision regarding Italian tomatoes and now means that all canned tomatoes from Italy are now subject to anti-dumping measures.

During the investigation interested parties had opportunities to make submissions.

The final decision is to apply dumping margins of 8.4 per cent to Feger tomato products and 4.5 percent to La Doria imports.

Industry Minister Christopher Pyne said the ruling is a strong and decisive decision for local producers.

“This ruling will ensure that Australia’s only canned tomato producer, SPC Ardmona, can now compete equally in Australian stores and supermarkets.”

Mr Pyne said the government is committed to a strong and robust anti-dumping system.

Australian tomato growers would also benefit from a fairer economic environment, potentially selling more of their product to local processors, he said.