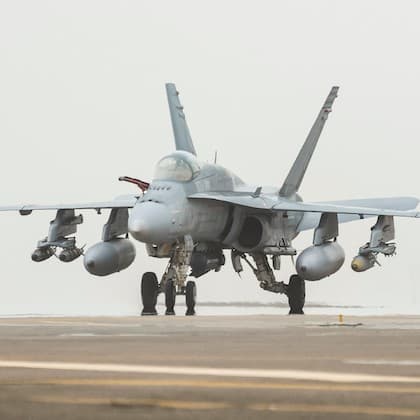 Boeing Defence Australia vice president and managing director Darren Edwards said that, as the Original Equipment Manufacturer, the company will work closely with existing Commonwealth and industry partners to deliver optimal sustainment support services across all aspects of the Classic Hornet platform, which number 71 in the RAAF fleet.

“The Classic Hornet fleet is an integral part of Australia’s air combat capability and the Boeing Defence Australia team will play a critical role in maximizing aircraft availability,” Edwards said.

Queensland SME Milspec Services announced on 31 July that it had signed a comprehensive teaming agreement with Associated Aircraft Manufacturing and Sales (AAMSI) of Fort Lauderdale, Florida. AAMSI are a Boeing approved, licensed manufacturer for F-18 and CH-47 platforms.

Milspec director Steve Byrne said the agreement brings together two strong companies in sales, logistics support, repair and overhaul, and manufacturing that have been working with the ADF for more than a combined 50 years. By working together he said the support for RAAF and Army platforms such as the Classic Hornets and CH47F Chinooks would improve without adding any extra costs to the Commonwealth.

“Milspec Services & AAMSI are both looking forward to supporting all platforms of the Australia Defence Force directly and through the Defence Contracted customers,” he said.

“This partnership shows the commitment of AAMSI and Milspec Services to provide long term support of the F-18 and CH47 in our region by bringing together the leading Boeing approved component manufacturer and Australia’s leading defence supplier in a deal that brings no extra costs to the Commonwealth but ensures ongoing support to these platforms.”