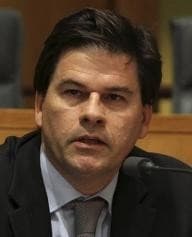 Sweeping changes to apprentice wages and conditions being pursued by unions would deter employers from hiring apprentices, the Australian Industry Group claims.

The unions have put their claim for wage increases of up to 70 percent a week for apprentices before a major Fair Work Commission hearing.

“A large proportion of apprentices are paid above award wages, which reflects the fact that employers are prepared to pay above award wages if they can afford to do so and if they are having difficulty attracting suitable employees, he said. “Award wages are more likely to be paid by smaller businesses and those in rural and regional areas and the unions’ claims would be particularly unfair on these businesses.”

Mr Willox said the “costly and unacceptable” union claims could result in the loss of many existing apprentices’ jobs and many new apprenticeships not being offered.

This would affect the careers of many young people.

“Apprentice numbers have fallen in the last year, Mr Willox said. “But the evidence shows that this is due to the tough economic and business environment in sectors such as manufacturing which are big employers of apprentices.

“Making the cost of engaging an apprentice much higher will simply result in less apprentices being employed and more skill shortages for industry. It would be a killer blow for apprenticeships in the current uncertain economic climate."